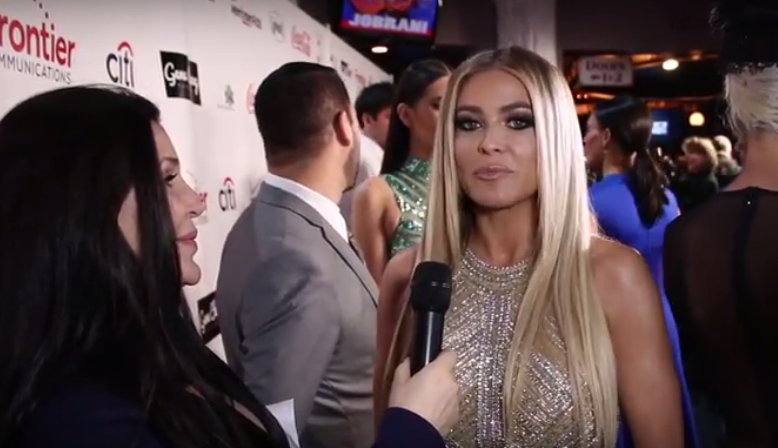 Beverly Hills, 15 December 2016 – Even rain couldn’t dampen the glamour or the excitement on the red carpet for the 3rd Annual Cinéfashion Film Awards. The Cinémoi network, already iconic as a trendsetter in high-quality content and for transporting their audience to the most glamorous events and exotic destinations around the globe, honors fashion films from across the globe. The event also honored two icons of the entertainment industry for their contributions to making the world a better place.

Host and French Reporter, Jackie Watson, caught up with Daphna Ziman who is one of the two driving forces behind bringing this elegant channel to US audiences. “Fashion, film, music, and art are the medium which is the universal language of peace,” she said of her inspiration to help create the fabulous event. The other driving force, Rod Sherwood added: “Cutting edge fashion films being brought from around the world, so there are very exciting new films and I think people are going to get more familiar with (them) over time.”

Akon received the Icon Award, who has carved a name for himself among the biggest names as a humanitarian, a philanthropist, an entrepreneur, as well as an artist. In 2007, Akon  launched the Konfidence Foundation improve the quality of life for people, through empowering the youth in Senegal, West Africa and the United States by promoting health and education, and supporting impoverished families. In 2015 he extended his humanitarian work in Africa by undertaking to provide electricity to 600 million people in rural communities on the continent.

The evenings second honoree, Sidney Poitier, long-hailed as the first African-American to win an Academy Award for Best Acting, for 1964’s Lilies of the Field, was honored for his career-long message of cultural diversity, race and bridging the gap on racial divisions.

Julie Benz summed the event and the recognition it lends to those that use their art to help others so beautifully, saying: “I love when celebrities lend their voice to parts of the world that might not get noticed; it’s what we have to do, it’s what we need to do – to lend a voice to those who don’t have a voice.”

Cinémoi is now available on Verizon FiOS and Frontier, Channel 236. If you haven’t yet, tune in for a  front row seat to an array of international titles and festivals, vintage and modern movies, as well as fashion content, and an variety of glamorous events, including the Cannes Film Festival Red Carpet and Closing Ceremony. Visit www.cinemoius.com for more information and the full schedule.

Dwyane Wade’s A Night on the RunWade