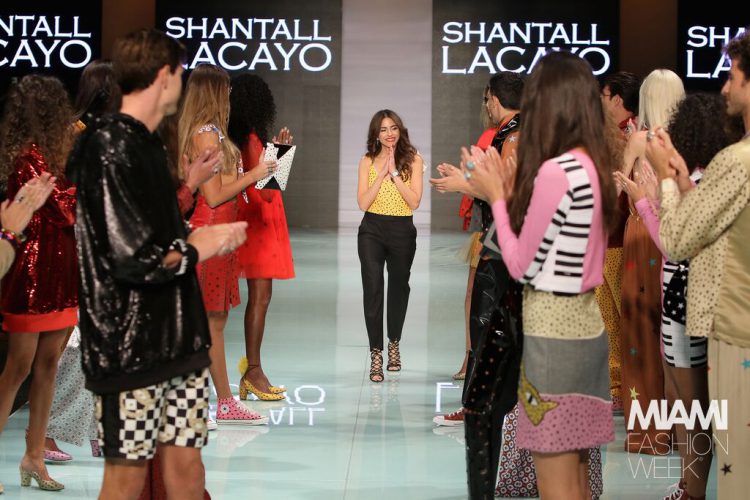 MIAMI (June 1, 2017) – Day One of Miami Fashion Week 2017 officially kicked off Wednesday with a style-studded press conference at East, Miami, the official hotel partner. MIAFW CEO Julio Iranzo took the stage to welcome guests and introduced Honorary President Antonio Banderas. Iranzo and Banderas were joined by famed designers such as Rene Ruiz, Angel Sanchez, renowned runway director Sergio Salerni and artist Barbara Hulanicki. Representatives from Miami Dade College, Director of Communications Juan Mendieta and Dr. Narendra Kini CEO of Miami Children’s Hospital. this year’s beneficiary of MIAFW. The conference was focused on the imminent global recognition of Miami as a fashion capital among New York, Milan, Paris and London since being named the second largest fashion week in the United States. Conversations also spanned topics of sustainability in the fashion industry, the evolution of Miami Fashion Week and the importance of giving back to the community.

The Miami Fashion Week brand was acquired in May 2015 by The Fashion Shows, a Miami-based company founded by a group of European investors whose vision is to redefine fashion in Miami by producing several events throughout the year showcasing the city as the newest U.S. fashion hub of Europe and Latin America. In collaboration with Honorary President Antonio Banderas, renowned “Master of the Runways” Sergio Salerni and Esther Garcia of ESMA, MIAFW 2017 will reveal an evolved program positioning the week as a culturally poignant event that boasts new partnerships, never-before-seen collections and first-time recognition on the CFDA fashion calendar.

To kick of the festivities over 100 designers, models and international fashion enthusiasts filled the second level of Saks 5th Avenue in Brickell City Centre for the official MIAFW Kick-off Party. Stylized looks from each of the eight designers showing throughout the week were staged throughout the anchor store on models and designers mixed casually with influencers, attendees, and press. The access and open floor plan of this event made all feel included and educated on what was to come over the next four days of Miami Fashion Week 2017.

Miami (June 2, 2017) – Day Two took an enlightening turn as the first installation of the Master Class Series took place at Miami Dade College and focused the topic: Entrepreneurs, Miami by the Sea. Antonio Banderas, Honorary President of MIAFW, Javier Goyeneche, President of Ecoalf, and German Madrid Lopez, Vice President of The Philippe Cousteau Foundation Spain, led a lecture discussing the ways designers can “up cycle” using new and innovative technologies to transform ocean waste into fashionable clothes and accessories. The classes were fun and easy to follow and gave a purpose and a platform to a week highlighted by fashion. Sustainability was the key words used and a real emphasis on growing community bonds while being conscious of the environmental and economic growth of the community blended seamlessly. Reusing resources we already have here in Miami and creating jobs and infrastructure all highlights of the Master Classes offered at Miami Dade College.

In the evening, the action moved over to Ice Palace Film Studios, the official home of Miami Fashion Week where manicured gardens led guests to a warm and welcoming lounge. Inside, the venue was dotted with MIAFW photo ops, a media lounge, and artful, eco-fashion exhibit from the students of Miami Fashion Institute at Miami Dade College. With over 650 guests in attendance and standing-room only, the stage was set for the much-anticipated opening runway show by Silvia Tscherassi. Ice Palace Films is located just North of Windward Yard. The fashionable art district of Miami. The interior able to transform and transcend the exterior. The genius of renowned runway designer Sergio Salerni felt as the technical side of this show was on point. Room enough for all even with capacity crowds. All of the runway shows begin at 6pm and after. Working 2 shows into a weekend and a night out for dinner in South Beach or Downtown is easy from Palm Beach or Broward. The lounge and exterior feeling club like and interactive as models, designers, and eager fans mix easy in the lounge inside and out.

Miami (June 3) Miami Fashion Week continued the educational programming of the Master Class Series at Miami Dade College with lectures on Luxury Brands and Legal Issues. Editorial Director of Glamour Mexico and Conde Nast Latin America Lucy Lara opened the lectures and was followed by Founder of DesignLab Miami Angie Cohen who spoke on the importance of fostering eco-conscious minds from childhood. Partner at Foley & Lardner Laura Gonoza continued the conversation with a dialogue on how sustainability must reach beyond simply “going green” before the President of Miami Dade College Dr. Eduardo Padron closed the discussion with a special recognition.

The evening concluded with the MIAFW Honorary President and Miami-Dade College coming together to host the Antonio Banderas Benefit Gala, an exclusive charity gala in support of the Miami Children’s Health Foundation and Mr. Banderas’ personal charity, Fundación Lágrimas y Favores. Held at the historic Alfred I. Dupont Building, guests enjoyed a sit-down dinner and special performance from Grammy-nominated Latin Musician Diego Torres. The Red Carpet was buzzing with runway models arriving from the Custo Barcelona show and arriving designers, influencers, and CEO of MFW, Julio Iranzo. I spoke with Julio Iranzo on the red carpet at the gala, ” We are very proud to have Antonio Banderas as our Honorary President of Fashion Week. The excitement he brings and knowledge from studying fashion as he does makes him the best spokesperson for this event.” He goes on to say, “the fusion and philanthropy in Miami makes this a special week highlighting sustainability and growth in the city of Miami and I see big things going forward with this event.” The gala was a highlight of Fashion Week bringing together music and fashion for a star studded night of fun.

The fusion of fashion, music, food, culture, sustainability, and charity are what make up the backbone of the Miami Fashion Week. Like many large events in South Florida that I cover there is always a platform to highlight and this week’s event was all about helping children. The Miami Children’s Health Foundation and Mr. Banderas’ personal charity Fundacion Lagrimas y Favores were direct recipients of the exclusive charity gala held at the historic Dupont Building in Miami. The sit-down dinner and special performance by Grammy-nominated Latin music sensation Diego Torres were a highlight of the night and the attendees were able to raise awareness and money for both of these worthy foundations.

This year’s fashion week was well organized, thought out, and engaging. The Master Class gave pause for thought and the creative outlet of fashion with star power made Miami shine like the star it is. Well on it’s way to being known in the fashion world as a culturally poignant event that boasts new partnerships, never before-seen collections and first-time CFDA recognition of the fashion calendar. Miami Beach and Downtown boasts some of the most beautiful spots to get away with one or many friends and the excitement of runway fashions with new creations from talented designers from around the world makes this event your “must do event” for the upcoming 2018 season here in South Florida!